On Friday 8 April a team from the Western Cape Repeater Working Group consisting of Johann ZS1JM, Jan ZS1VDV, Paul ZS1V, David ZS1DDK, Mike ZS1TAF and Rassie ZS1YT left from Cape Town and headed to Mossel Bay to meet up with a team coming from the Eastern Cape consisting of Chris ZS2AAW and Trevor ZS2AE. The mission they had chosen to accept was to recommission the George 145.700 repeater and to reroute the 70cm link that had previously gone from Riversdale to George along a new path via Dana Bay, home of the local 145.600 repeater.

The teams were met at the Dana Bay repeater site at 8am by 145.600 repeater custodian Beat ZS1HB at 8am on Saturday morning where everybody proceeded to get stuck in. Corroded u-bolts and nuts were overcome to remove three antennas, which were replaced with a single, dual band high gain antenna. The old RG213 and LMR400 feedlines were removed and replaced by a 20m length of EC4-50 half inch heliax. 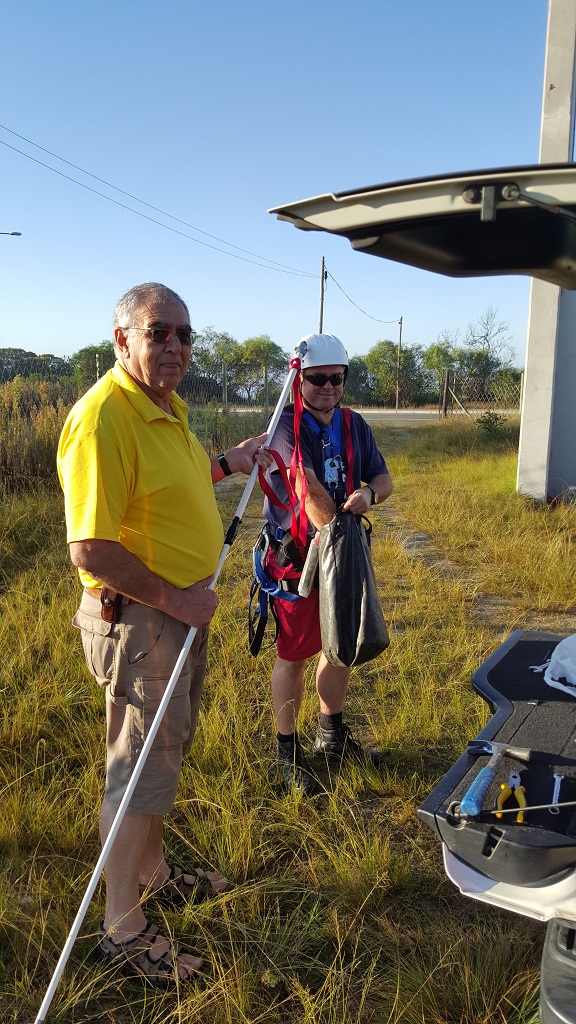 The 2m duplexer was given some fine-tuning to reduce the insertion loss and improve the rejection. A new 70cm repeater was installed to handle the linking between the Riversdale 145.650, George 145.700 and Brenton-on-sea 145.675 repeaters. In the future the local Dana Bay 145.600 repeater may also be linked into the system. 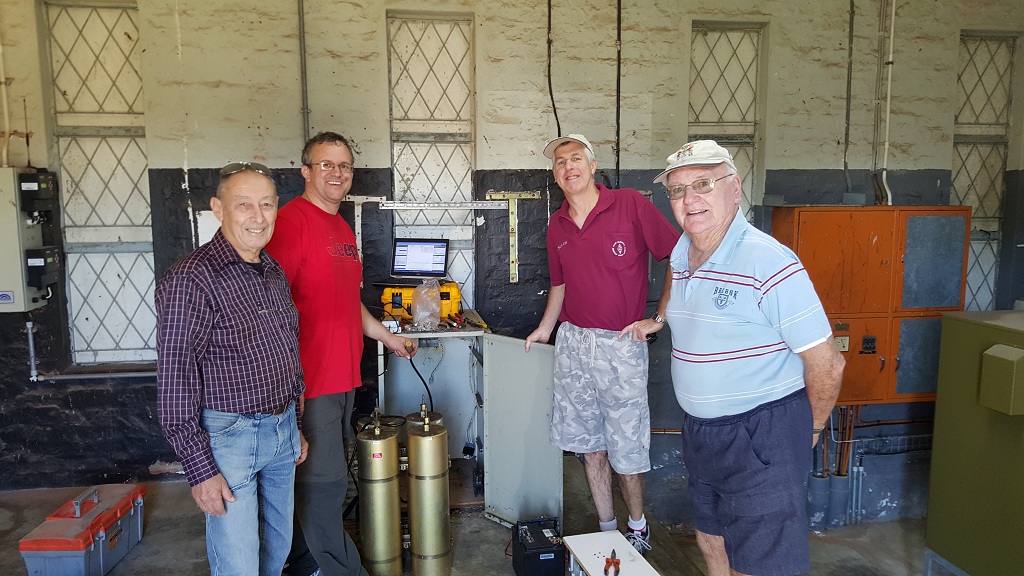 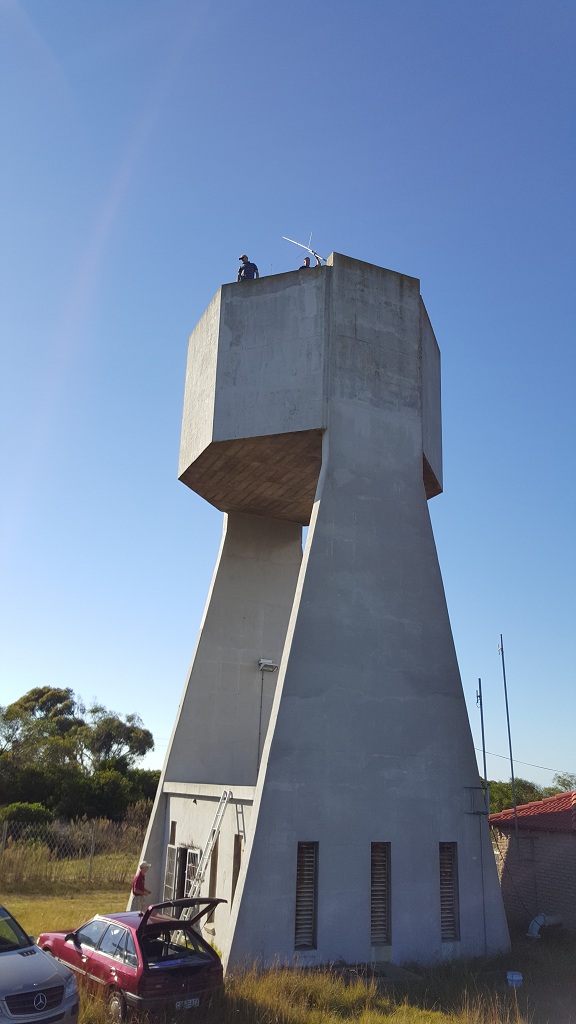 Antenna going up. Rassie ZS1YT and Mike ZS1TAF on top of the water tower 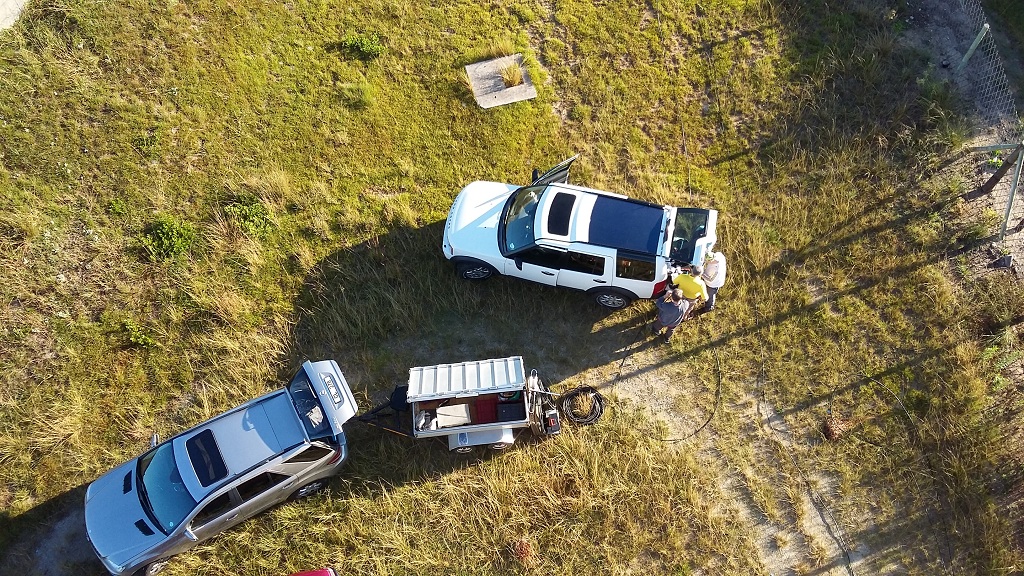 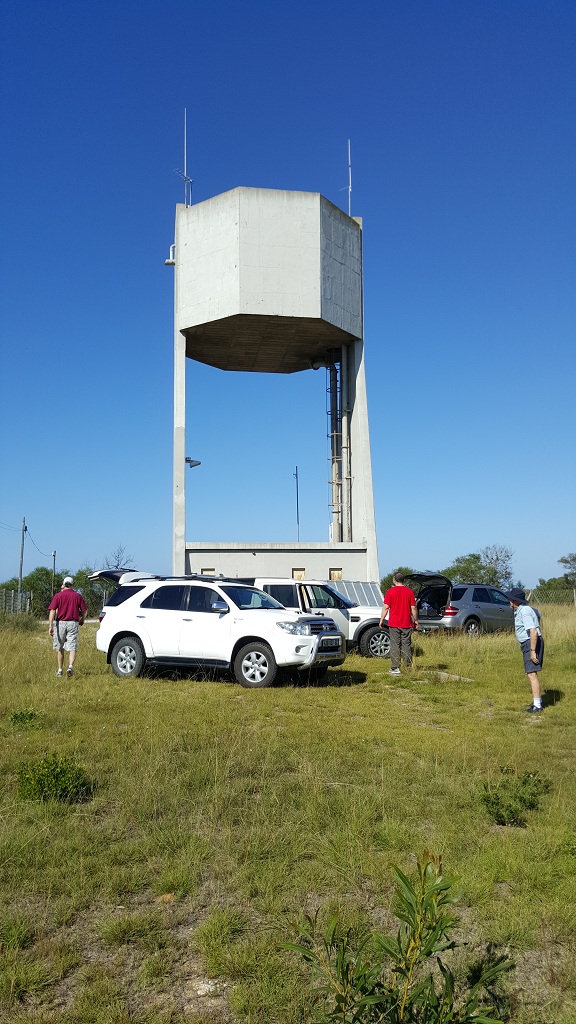 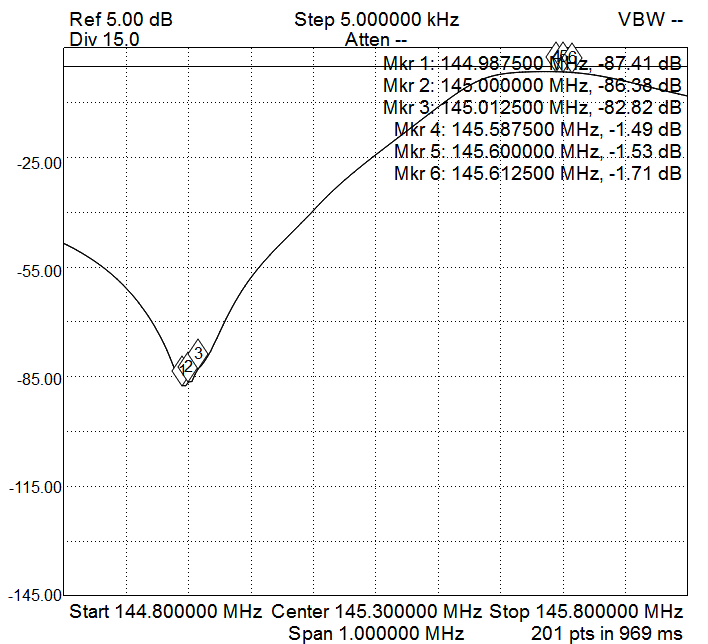 By 10.30am the teams had completed the work, cleaned up and packed up. After being treated to some of Beat ZS1HB’s fabulous Swiss cheese and onion pie and some cold refreshments, the teams headed 60km up the road to the George repeater site.

At George, the teams were met by Francois ZS1Q and Peter ZS1PHD. A 2m antenna, a directional 70cm link antenna and two EC4-50 half inch heliax feeders were installed. The 2m repeater and 70cm link were also installed and connected to the battery bank. The repeater and link were fine-tuned for deviation and talk through levels and stations from Cape Town and the Overberg were soon heard propagating through the link system via the Villiersdorp 145.675, Riversdale 145.650 and newly installed Dana Bay 438.725 repeaters. 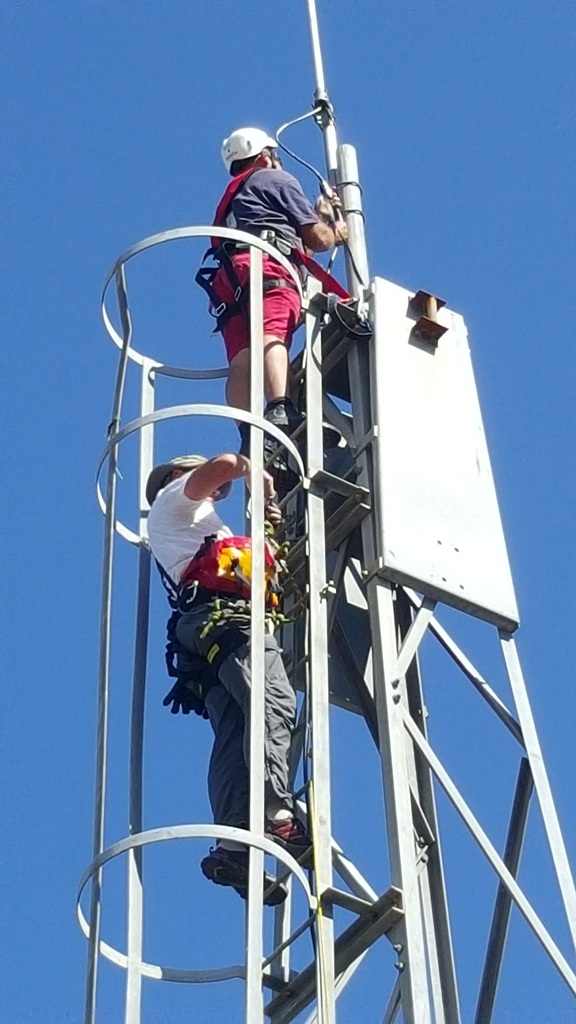 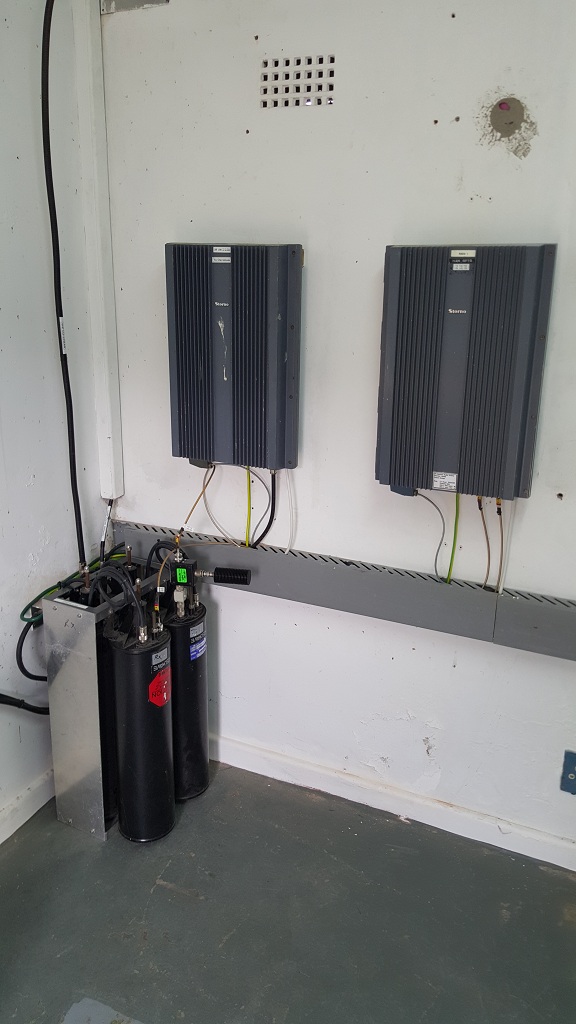 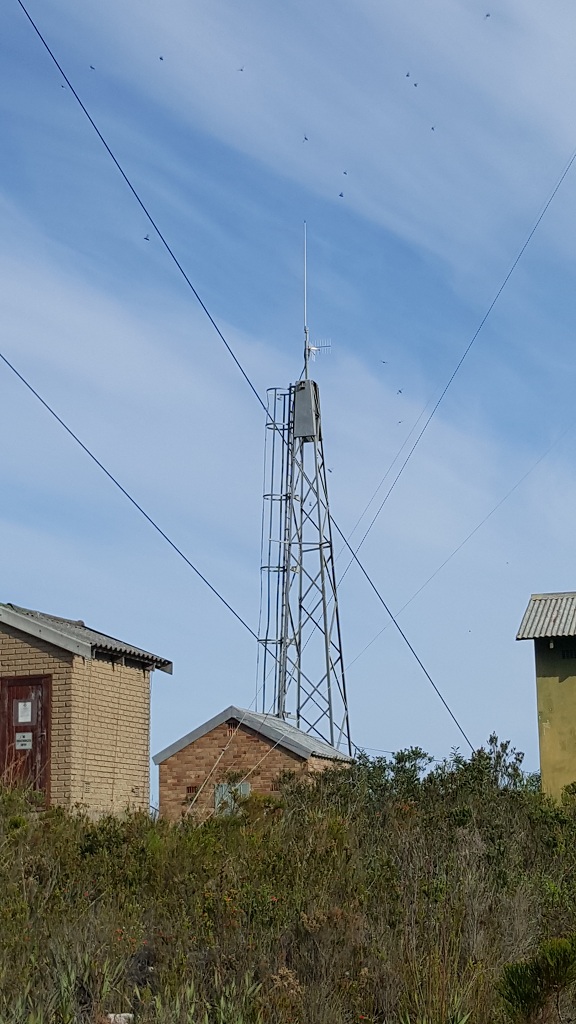 The tower at George showing the 70cm corner reflector linking to Dana Bay and the 2m collinear for 145.700

The work was completed at around 3.30pm on Saturday and the teams retired to their respective accommodations. On Sunday morning the Western Cape team headed to the Riversdale 145.650 repeater site with the intention of re-aligning the link antenna that had previously linked Riversdale to George, to point to Dana Bay. The Eastern Cape team headed to the Brenton-on-sea site to assess the work to be done there as the next site along the link system needing recommissioning.

At Riversdale, the antenna alignments were checked and the connections to the feedlines re-sealed. The 70cm link to Dana Bay was adjusted as it was slightly off frequency. In the process, the teams also communicated via the links, proving the intended link path from Brenton-on-sea to Dana Bay is also good. 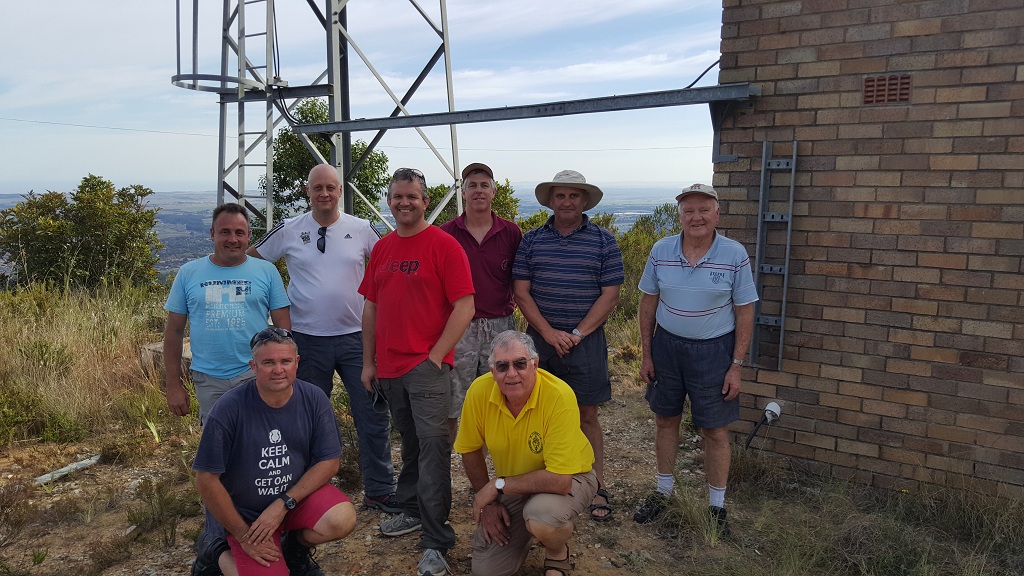 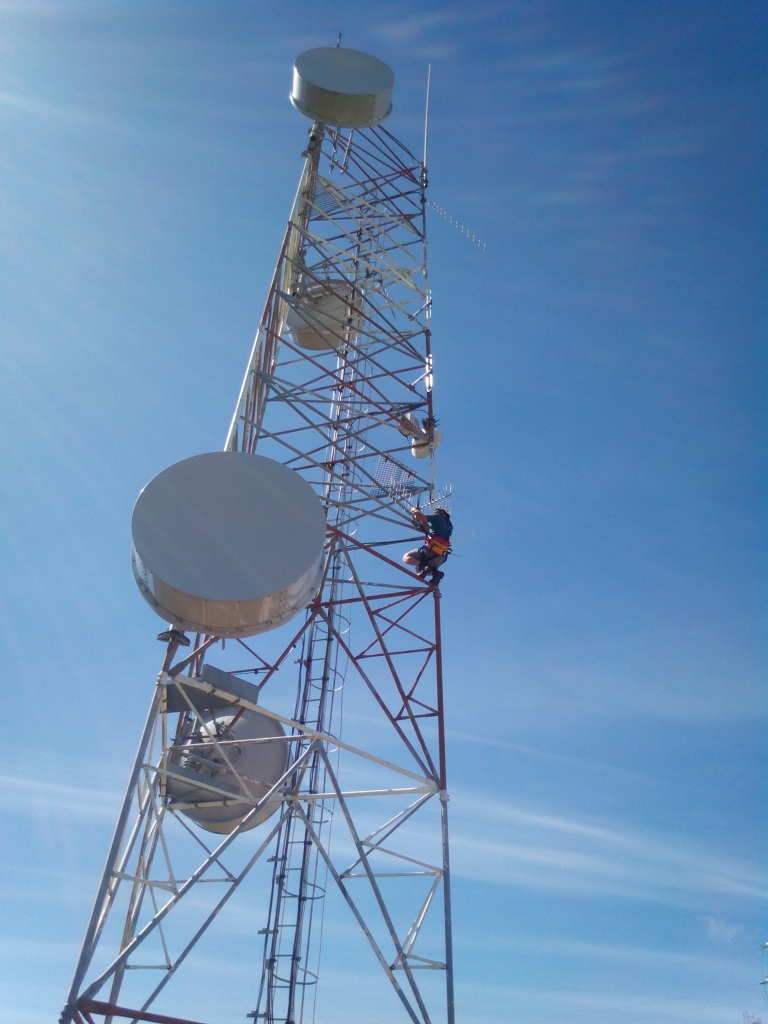 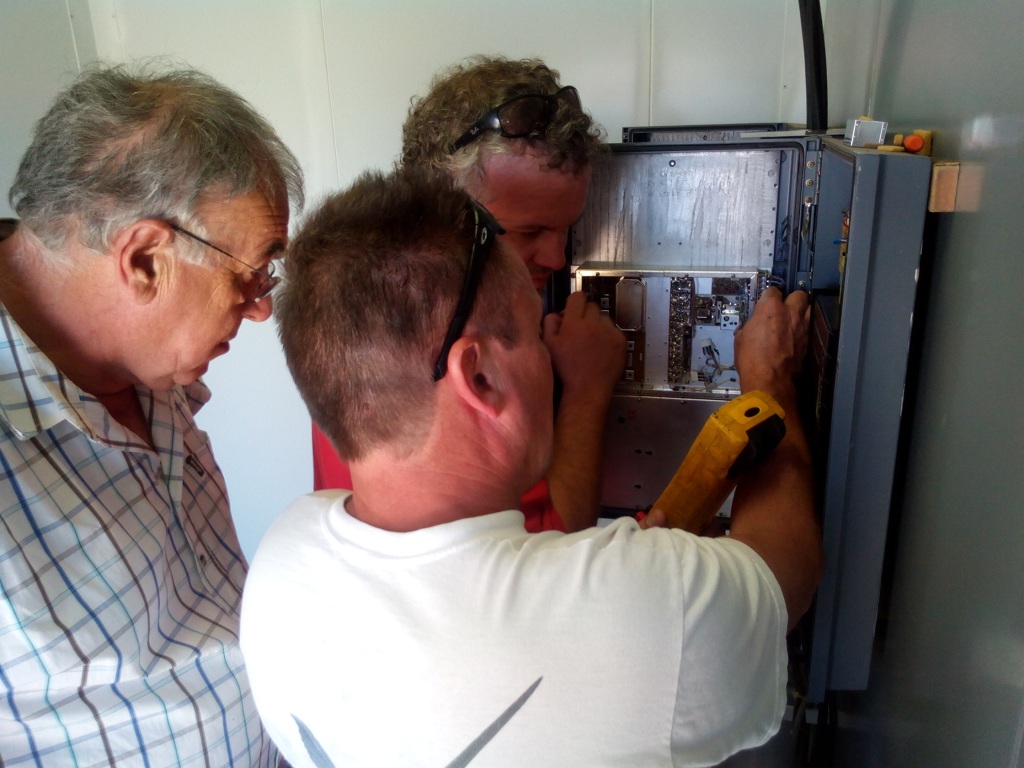 Jan ZS1VDV getting the Riversdale to Dana Bay link radio back on frequency. Johann ZS1JM and David ZS1DDK in picture.

We would like to thank the numerous donations from individuals and clubs, some of them from outside the service area of these repeaters, that made this effort possible.