On Saturday 2017-05-20, Paul ZS1V and Rassie ZS1YT headed to Jonaskop to investigate a problem with crackly audio on the 145.675 Jonaskop repeater and to attend to some pre-winter preventative maintenance.

The weather was sunny, but cold, with a fresh cold breeze that could be felt as soon as one was a few meters up the tower.  Most of the area to the South and East of Jonaskop was under thick cloud. 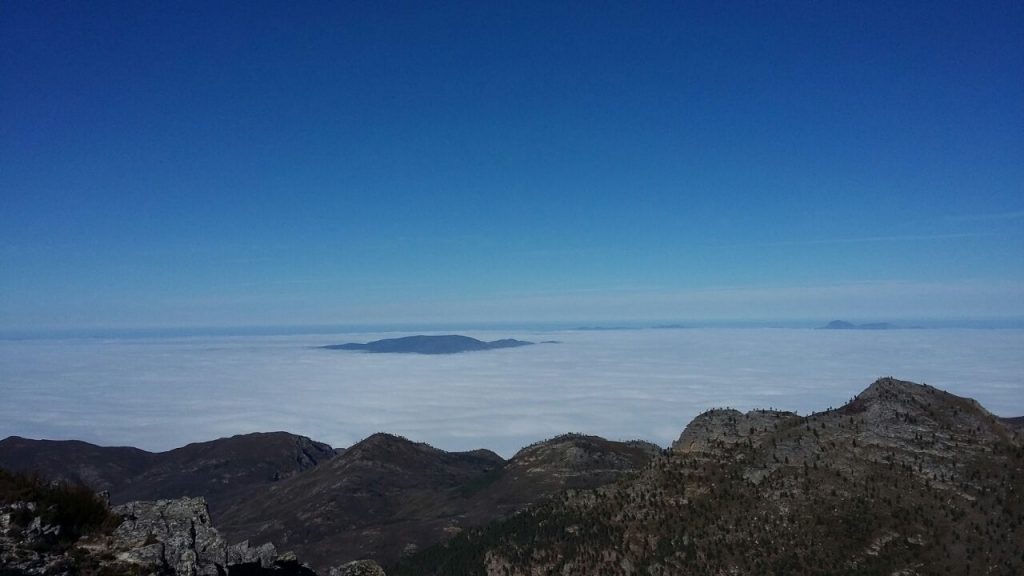 Overberg under a blanket

The SWR of the VHF antenna was found to be good.  On previous visits water had been found in the connection between the feedline and the 4-stack antenna, despite there being a good water seal at that point.  The phasing harness has a plastic tube section and extra precautions against moisture entering the system at that point were taken.

The link controller was also attended to, and audio crackle eliminated by re-seating some of the ICs.

An adjustment was made to the repeater configuration to make it go back to the desired setting after a power interruption.