Yep, the last day of May and the last report for this month… and the price of petrol and diesel jumps at midnight tonight! Trips to high sites for repeater maintenance are going to get pricier as a result.

Check out the report and also read the new updates here on the website. Enjoy! 🙂

ZS1VDV went to Piketberg on Saturday to resolve 3 issues.

This was suppose to be a quick 2 hour visit, but again turned out to be much more.

The morning started around 09:00 on site.

The first step was to investigate the circulator as it was suspected to be the reason for the power drop.  After checking the circulator and 2nd harmonic filter with a mobile network analyzer they where found to be in order. (about 0.5db insertion loss on circulator and a 40db filter on the 2nd harmonic).  It was then found that the duplexer was causing a 1.7 SWR on the TX path.  This was very strange because the duplexer was tuned on last visit.  The duplexer was removed from the rack and rechecked and found that the possible cause for the hi SWR is wrong length linking cables between the cans.  They only onsite solution was to “play” with the tuning of the duplexer (the result was that about 10db isolation was lost).  This is not optimal, but would still work.  The SWR now was 1.1 between the duplexer and circulator.  This however did not take the power reduction away.  The last step was to test the repeater on its own with an SWR meter and dummyload.  No SWR problem, but the cause for the power reduction was found.  The internal filters of the repeater needs to be re tuned and this cannot be done on site.

The filter was added to the fan of the link radio.

Emphasis settings was changed on the link radio and link cable updated on the repeater.  Audio was aligned.  At this stage it was about 13:30 with no water or food, this became a very long day.

On Sunday ZS1VDV returned to site to recheck the audio alignment and a few small tweaks was made.

The repeater and duplexer needs to be swopped out.  The repeaters filter re tuned and the proper length linking cables for the duplexer made.

I’ve scoured my inbox for any extra news to bring you this week but it seems the best I can do is to report that the link system seems to be working exceptionally well. For example, I was listening to ZS1MJJ and ZS1OKO chatting this evening and it sounded really nice. 🙂

Other than that, not much to add. Here’s the weekly report for your collection 🙂

Well, well, well… what a lot of work has been happening! The Hanskop site has seen a load of activity the past few days what with tower happenings and moving antennas and the UHF link to Jonaskop has never been better! Check out the report on the website for details 🙂

That said, here’s the status report for this week, for your reading pleasure. Enjoy! 🙂

Edit: New report version with the status of the link from Hawequas to Hanskop corrected. 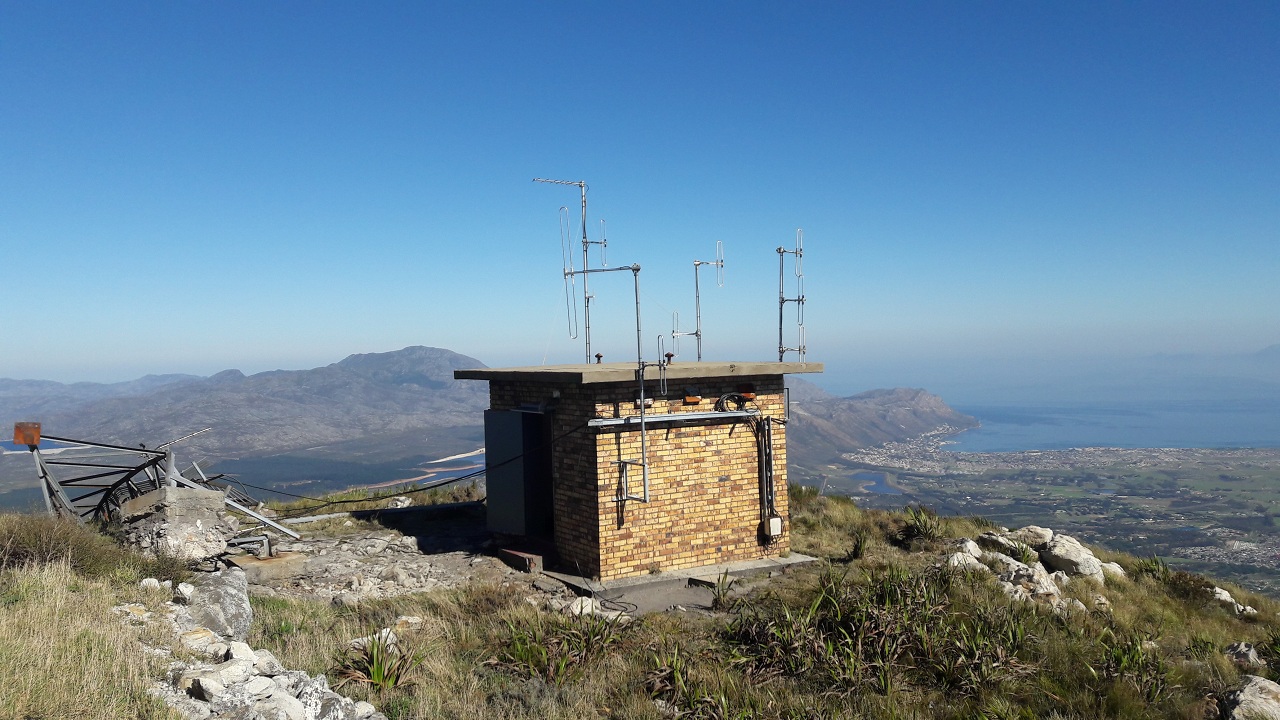 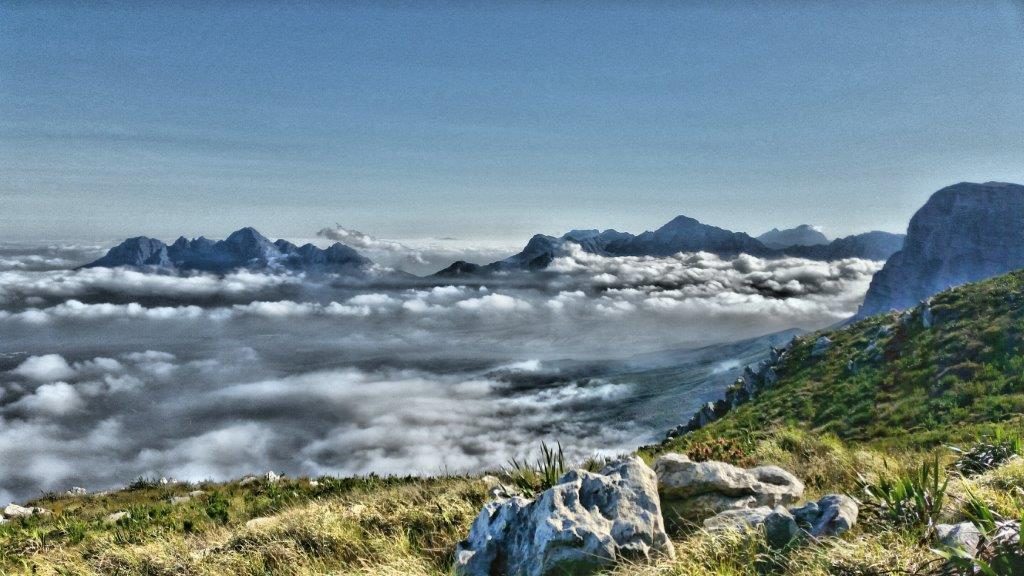 Jan(ZS1VDV) started to pack all the equipment at 05:15 in Stellenbosch.

Picked up some Heliax and antennas at (Paul) ZS1V 06:10 in Somerset West. From there it was a quick hop over to get (Rassie) ZS1YT.

On our way up to the high site, we noticed that we could not see our tower, but did not think much about it, as it could be the angles from the back or maybe weather. 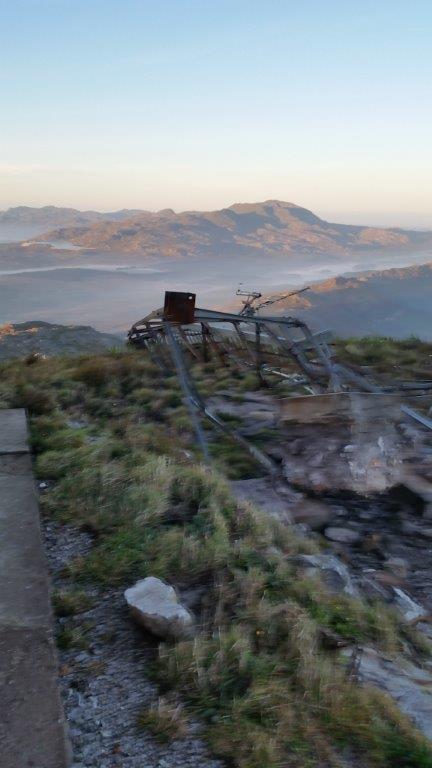 Tower on the ground

When we got on site (07:50), it was very clear that every plan of what was going to happen was 100% out the door. The first action was to recover all our current Heliax and antennas. We lost a RG214 connector (ripped from the cable), the recovered Heliax still needs to be tested but some real bad bends and marks are visible.

Next was to assess if we could do a temporary hack antenna installation with everything on site, which was not possible. With the help of ZS1V the plan was worked out. Andre(ZS1AN) and Kobus(ZS1K) did a few supply store stops and got a pole, more heliax and other sundries from ZS1V to bring to the high site. 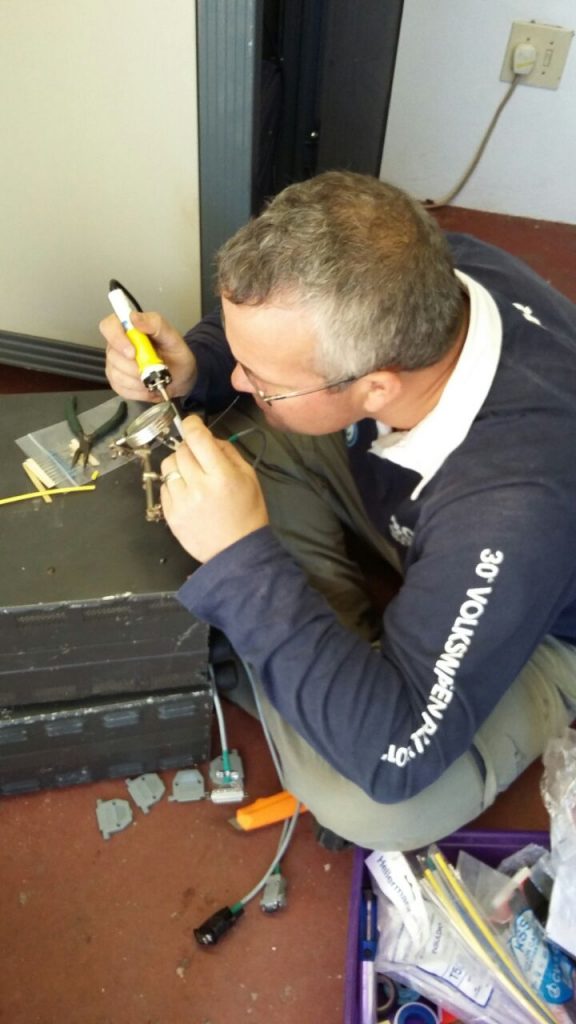 While we where waiting for the supplies, ZS1VDV did a few changes to the controller link cables and audio alignment. A new 20A solid state power supply was installed. The next step was to clean and prep the area for antenna installation. 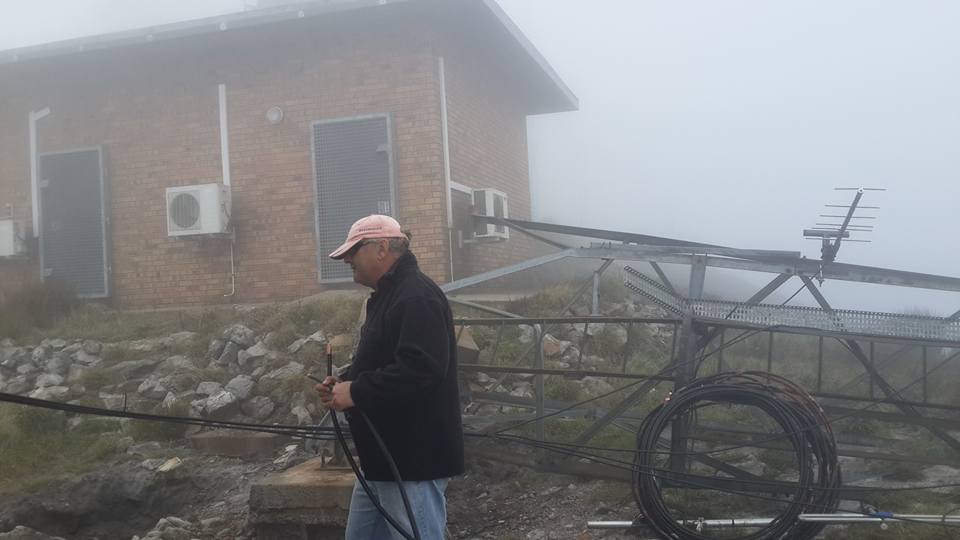 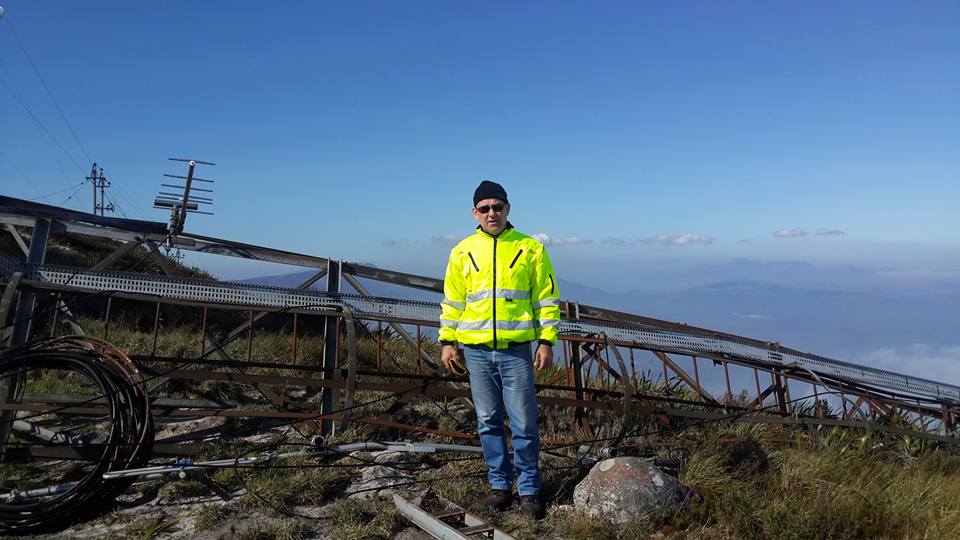 ZS1K standing infront of the tower on the ground, which is not very bright 🙂

ZS1VDV drove down to the gate to open for ZS1AN and ZS1K. They arrived on site around 13:00. As soon as they arrived the weather started to turn for the worse. ZS1AN and ZS1K installed the 2 mounting brackets and ZS1VDV and ZS1YT prepped the new Heliax to be installed. Then ZS1VDV had to install the antennas on the mast in some very big wind and wet weather. A new FDC145 was installed for the VHF antenna, the dipole was reused for the UHF repeater and another UHF yagi was installed and pointed towards Jonaskop. The SWR was measured. The VHF SWR was 1.7 which was a bit high, but in the weather and time frame could not be corrected. The UHF repeater and link SWRs were 1.5 and 1.4. At this point it was also identified that there is a power problem on site as every now and then when touching a coax, a shock was felt. This was not ignored, just not enough time to resolve it at get everything running again. 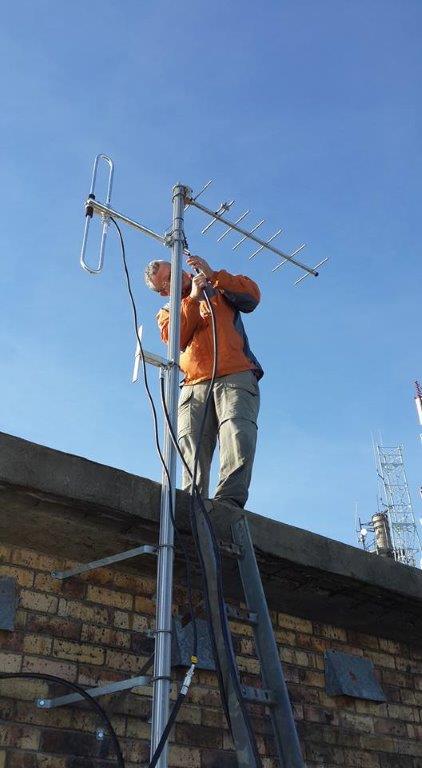 In a very small weather opening, the connectors was sealed. The last steps was to cable tie all the new Heliax and clean up the site. 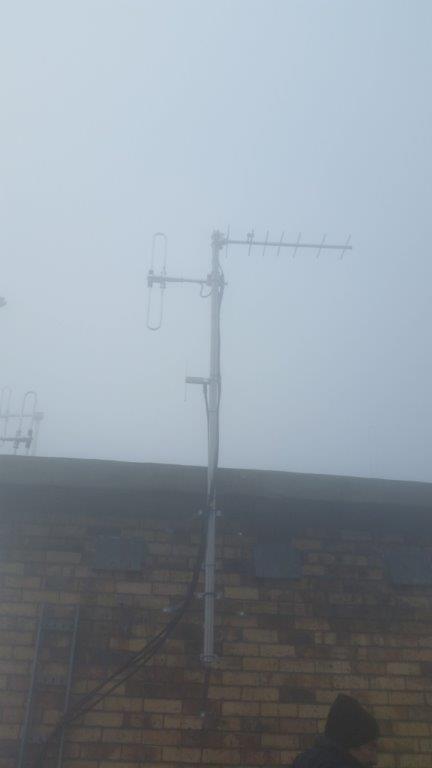 There is a list of todo items for the site. A future maintenance trip will be required.

For the first time ever in the Western Cape Repeater Working Group history. A contact was made between the Piketberg and George repeaters. The path for this contact, Piketberg -> Haweqau -> Bellville -> Hanskop -> Jonaskop -> Riverdal -> Danabaai -> George (8 hops, 15 radios and repeaters)

The latest report is here for your perusal, now with added Dana Bay! 🙂

Sorry for the late report – I needed to replace a dead battery in my son’s car tonight. Still, all good things come to those who wait, so they say 🙂